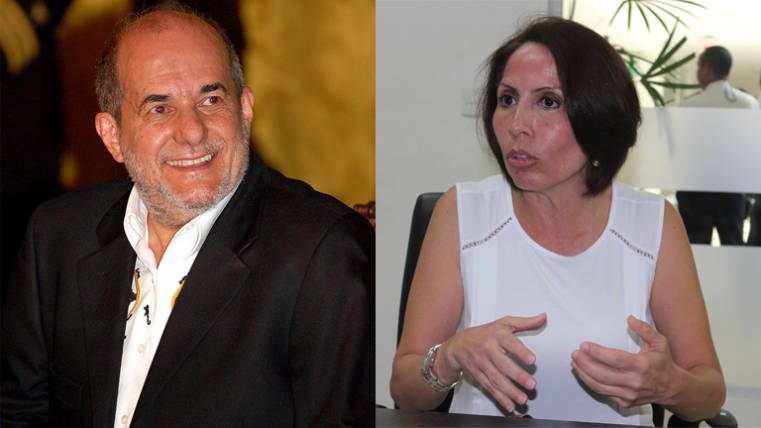 The irregularities and errors of the government of Rafael Correa in the construction of the north access to the airport of Quito, as well as in the operation of the airline Tame resulted in millionaire glosses: the Comptroller’s Office tries to recover for these cases 145.2 million dollars.

In the case of the Ruta Collas, the control entity warns that there was “a disproportionate expense without precedents in the roads of Ecuador”. Two addendums that were signed to the original contract resulted in excess payments and, therefore, two glosses were issued for 111.1 million dollars against María de los Ángeles Duarte, former Minister of Public Works; Boris Córdova, former Vice Minister of Infrastructure, and the Panavial Company, in charge of the works.

The control entity ensures, among other things, that the addenda to the contract “legitimized the increase in expenses to the detriment of the interests of the State.” The ministry, with the approval of Duarte, validated for example the increase of the road by 1.76 kilometers and the volumes of excavation, tailings or protection of slopes without defining the cost of the project, prices or quantities.

The payment in government bonds was also eliminated and “technical changes were included that increased the cost of the project”. In both cases, the Comptroller General’s Office already analyzed the defense arguments, but neither the appointed officials nor the company managed to disprove the accusations.

For the ex-minister Duarte, the picture is even more complicated. She will also have to respond, jointly and severally, for the losses in Tame. In this case, they are 34 million dollars. In this second case, the Comptroller Office ratifies what was an open secret: Tame opened and operated routes that were not economically profitable.

Between 2012 and 2013, for example, the state company reported operating losses of $ 19 million on flights to Lima, Bogota, Caracas, Panama, Sao Paulo, Buenos Aires or Havana. The serious thing is that, according to the control entity, “there was no technical evaluation of the operations causing that it cannot be determined, prior to the start of operations, that the results of entering new markets would make sustainable the routes. Another bad business of Tame was the lease of the Airbus A330 aircraft to operate on the route to New York. The company did not establish business or commercial policies, nor did it evaluate compliance. The damage: 15 million dollars.

Freddy Ehlers, an ecologist of Tourism, must also respond economically for these ‘errors’; Pabel Muñoz, former Secretary of Planning and Assemblyman, and former managers Vicente Farías and Fernando Guerrero.

Criminal: The surrogate controller Pablo Celi yesterday made a balance of his management. He said, for example, that 186 files have been sent with indications of criminal responsibility to the Office of the Prosecutor. Of these, 12 are associated with the Brazilian firm Odebrecht.

Debt: The review of the uses and sources of public debt is in its final phase, said the comptroller. It is also reviewing the exit, utilization, reimbursement and registration of 300 million of the Organic Law of Solidarity, as well as the financial statements of the Central Bank.

Administration: Among the 297 examinations in execution are the administrative operations of the commission “September 30”, the complex legislative construction, as well as the expenses of dissemination, information and publicity in the Presidency of the Republic. (I)