Judgment against Jimenez will be fulfilled

Despite all their appeals to overturn his sentence for the crime of libel against President Rafael Correa, Assemblyman for Pachakutik , Cléver Jiménez, will go to prison.

On last Thursday, the judges would have notified Jiménez, his advisor Fernando Villavicencio and activist Carlos Figueroa about the refusal of extension and clarification resources. The 26 page-long document, ends returning the process to its initial instance “to comply with the judgment.”

The first two were sentenced to 18 months in prison and six for Figueroa; they must offer a public apology to the president and pay an estimated $ 140,000 compensation.

This case began when they sued President Rafael Correa for allegedly having ordered the attack to the police hospital, during the revolt of 30S. That lawsuit was rejected and classified as “malicious and reckless.” The president then sued them for libel. 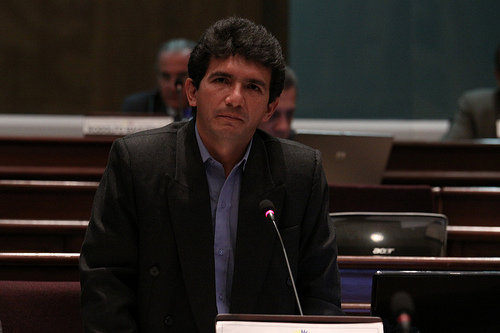