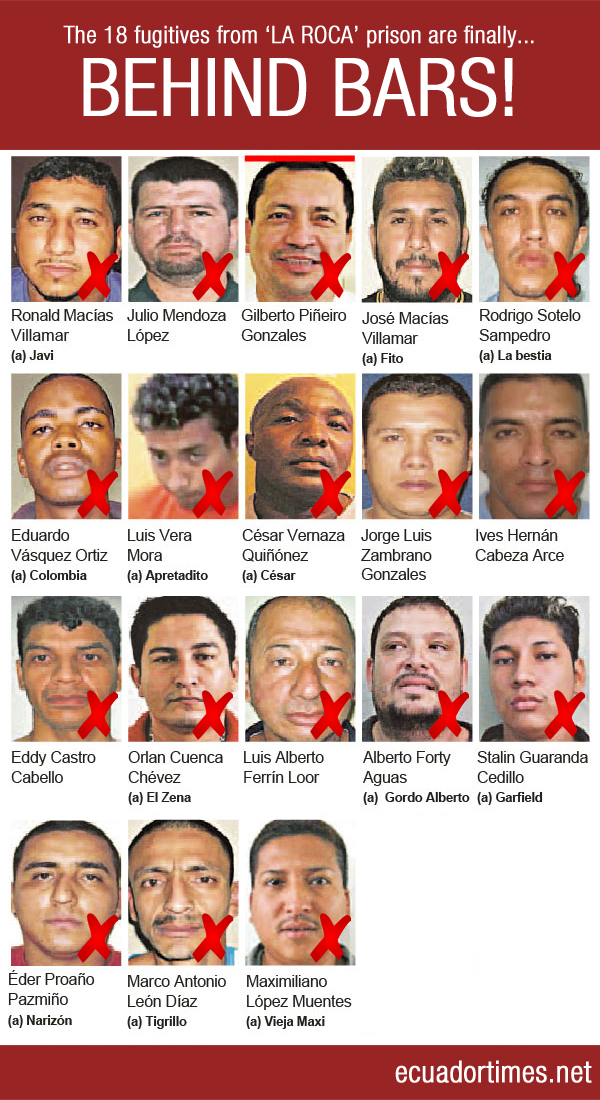 Yesterday, the Government of Ecuador made the announcement that the last of the 18 prisoners who escaped last February of a maximum security prison in the city of Guayaquil, known as “La roca”, was captured in Colombia.

The Minister of  Interior of Ecuador, Jose Serrano, thanked through his Twitter account t the Colombian police for their great work.

“We have arrested the number 18 of La Roca, escapee J. L. Z. Congratulations to our police and thanks to the Colombian police”, said Serrano.

Authorities did not immediately offer their official version on the arrest of the fugitive, but the press said that Zambrano would have been located in the Colombian city of Cali.

The arrest of the last fugitive known as “Rasquina”, accused of leading a criminal gang called “Los Choneros”, ended the operation of recapture that included a reward system and allowed the tracing of several of the fugitives in Brazil, Colombia and Peru.

Viviana Bonilla says goodbye to her work as governor