Laura Pausini described as ‘ridiculous’ comments about his incident in Peru 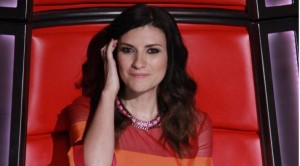 Italian singer Laura Pausini was outraged this Friday (August 8, 2014) in front of reporters in Mexico because after a two-decades of a career full of successes the news of his robe open at a concert in Peru finished filling newscasts.

“It’s a ridiculous thing. Is not possible to talk about a gown that opens, after a career in which I won four Latin Grammy, a Grammy, Won 20 awards in Europe and made a lot of concerts in the world” ,said the artist in a press conference.

Pausini indignantly responded to a question about whether in a recent concert in Peru she was naked under her robe, after the controversy surrounding the release of a video where she appears to be.

“I was not naked and I wanted to clarify it because seeing from Italy to here, news programs that begin with that … It is disrespectful to the public, not only to me“, said the singer, who has issued a press release on the matter after the controversy.

Pausini is now in Mexico to participate in the fourth edition of the ‘The Voice’. There, she will compete with Puerto Rican Ricky Martin and Mexicans Julion Alvarez and Yuri to find the best voice in the country.