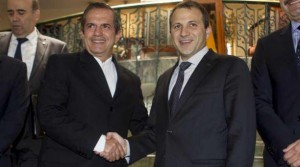 Lebanese Chancellor Gebran Bassil said on February 25 in Quito that his country seeks in Ecuador support in the international fight against terrorism and stressed the importance that international justice acts against such crimes.

“The idea of religious groups that are fighting in the region” must move every country in the world and “Latin America too,” he said in a statement to the media during an official visit to the Andean country.

Bassil, who met with his Ecuadorian counterpart, Ricardo Patiño, said that the Lebanon wants to explain through Ecuador, it counts on a “privileged position in Latin America,” his rejection of terrorism.