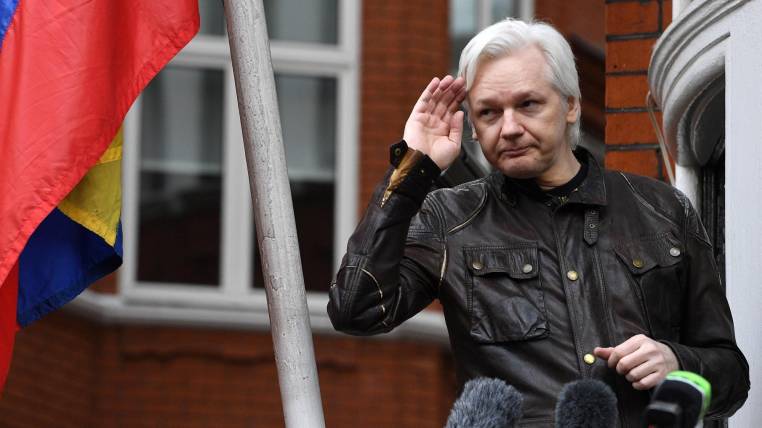 President Lenin Moreno will not meet with Julian Assange, who has asylum since 2012 in the embassy of Ecuador in London, on the occasion of his visit to the British capital, as indicated on Thursday, July 19, 2018 the chancellor in charge Andrés Terán.

“No, it is not planned,” said the diplomat when asked by the Teleamazonas channel about whether Moreno will visit the legation during his tour of the United Kingdom and Spain from July 21 to 27.

Assange, creator of WikiLeaks, has been sheltering since 2012 at the Ecuadorian embassy in London to avoid being extradited to Sweden, which claimed him to face accusations for alleged sexual crimes that he denies.

The Australian now fears that, if he leaves the legation, he can be detained and be extradited to the United States for having spread thousands of official secrets of that country through his portal.

Terán said that there is “a dialogue at the highest level with the United Kingdom about this situation” that he described as inherited, in allusion to the asylum granted to Assange by the government of former President Rafael Correa.

The case has become a “stone in the shoe” for Ecuador, according to Moreno.

The minister said that “in this case, President Moreno will not have any kind of official approach with the British government because the situation still does not merit.”

“We are in a negotiation process and (…) there are stages. The intervention or participation of the president of the republic would have to be a last stage, “he added.

Terán emphasized that they are still “in talks” with London to solve the Assange case, for whom the British justice maintains a prison order for violating conditions of his bail as a result of the investigation to which he was subjected by Sweden.

“All solutions will be framed within international law and Ecuadorian law,” said the diplomat.

The Moreno government announced last December that it granted the nationality to Assange, which did not help to fix the situation of the founder of WikiLeaks.

“It was a failed attempt that did not work (…) and, on the contrary, far from solving the problem, it became more difficult,” the president said two weeks ago to the foreign press in Quito.

Moreno will participate in the Global Summit on Disability in London. He will also visit Edinburgh, Northern Ireland and Madrid, where he will meet with King Felipe VI and President Pedro Sánchez. (I)

Six out of ten adults in Ecuador have overweight and obesity

Diana Salazar: “The private accusation of the UAFE is with a view to confiscation”