Groups deleted from the electoral register now ask to return 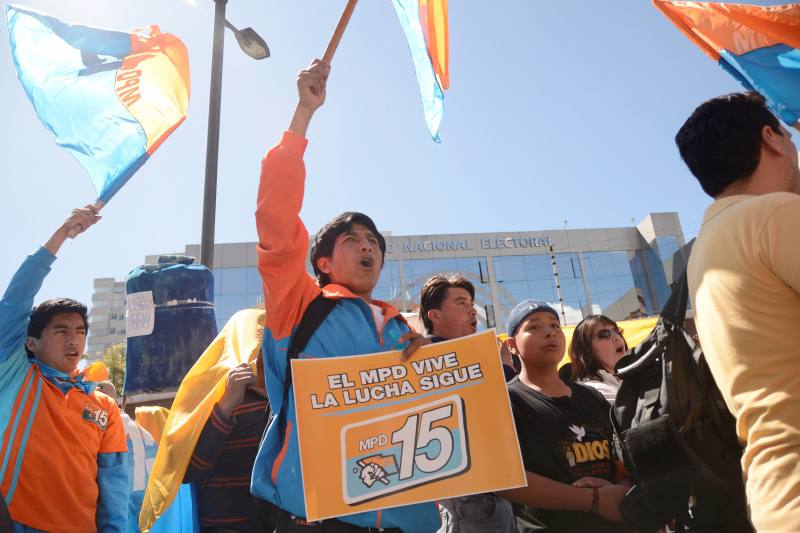 The evaluation report that ceases to function to the members of the National Electoral Council (CNE) serves the leaders of the parties and movements to demand to return to their space in politics, and even to take legal action to affect their participation rights.

The CNE “has applied arbitrary criteria that have had contrary consequences for participation rights”, concludes the file prepared by the Council for Citizen Participation and Social Control of Transition (CPC), based on which they were dismissed.

The “violations” are quoted against the Ruptura de los 25 movement, Pachakutik (PK); the Popular Democratic Movement (MPD) and the Democratic Left (ID).

A Rupture which was akin to Alianza PAIS and broke up as a result of the 2011 referendum – was eliminated from the electoral register in July 2014, because they had not run for elections. At that time, the Electoral Council had argued that “if the political organization does not show up to participate, its existence does not make sense”.

María Paula Romo, one of the main leaders of that group, hopes that the act will be declared void and that they will be included in the registry and thus “return to the political life of the country.”

The MPD was eliminated because it would not have reached four representatives in the Assembly. Geovanni Atarihuana, from Unidad Popular (formed with MPD bases), believes that the State must repair the violation, and return them to the registry. “In time we will decide if we merge or not. But we do not rule out taking criminal measures, “he warned.

PK has not been assigned to the Permanent Support Fund since 2014, because it had complied with “three of four requirements”. Its coordinator, Marlon Santi, believes that they should be reimbursed more than $ 1 million that they have not received.

ID was not allowed to register his directive in 2011. Henry Llanes was to be its president. Now he analyzes what to do, because “they cannot be left only destitute, but they should initiate legal actions so that again they do not abuse power”.

The president of the CNE, Nubia Villacís, said yesterday in a letter that resources cannot be delivered without a legal basis, otherwise it is “embezzlement”. (I)

After evaluation of the National Electoral Council, the model for electoral entity is questioned