Less oil production, despite the crisis 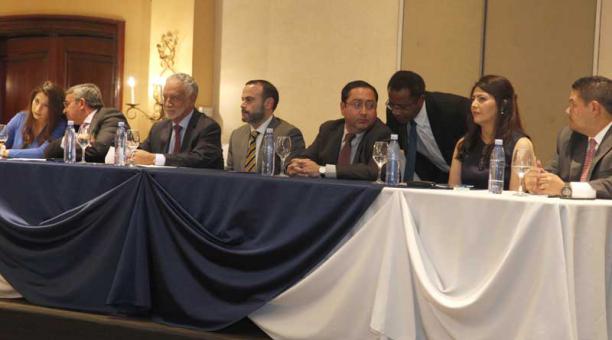 The pro forma budget considers a lower export volume in an economically adverse year. By 2017, sales are forecast to decline by 6% compared to last year.

The agreement to cut production of the Organization of Petroleum Exporting Countries (OPEP) and abided by Ecuador, is the cause of lower exports, confirmed Finance Minister Carlos de la Torre. This means “fewer barrels, fewer sales and a complicated scenario” for the Treasury, the official said.

The pro forma states that the Ministry of Finance expects to receive USD 3,241 million this year, i.e. 1,113 million more than last year. Despite the production cut, according to De la Torre, the target for oil revenues will be reached “thanks to the effort of the state oil company Petroamazonas, to lower production costs,” which are estimated at USD 19 per barrel in average. (I)

Bishops of Ecuador express annoyance after the “Intimacy is political” sample