Luis Suarez will debut in the classic against Real Madrid 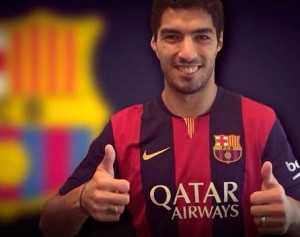 Uruguayan striker Luis Suarez could debut with FC Barcelona in the classic game against Real Madrid on October,26 at the Santiago Bernabeu stadium.

Madrid and Barca will play the first upcoming classic of the season over the weekend of 25-26 October, according to the calendar of the 2014-15 campaign, released on Thursday.

The Uruguayan striker is suspended for four months for biting an opponent during the World Cup in Brazil.

The punishment of Suarez ends on October 26, the day his new team could visit the Madrid for the ninth round of the league.

Harry Potter returns 33 years old and with his children

Concerns of the pension funds are discussed