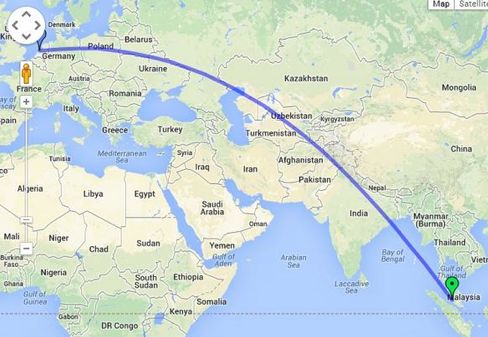 Boeing-777 from Malaysia Airlines which covered flight MH17 (Amsterdam-Kuala Lumpur route) has crashed near Donetsk with 295 people on board, according to the Itar-Tass news agency.

The Ukrainian Security Forces have confirmed the information, in the same way as the airline.

280 passengers and 15 crew members were on board the aircraft, they all died in the accident, reports the Ukrainian Interior Minister.

According to a source in the Ukrainian circles air, the plane was shot down when it was at a height of about 10 kilometers, the Interfax news agency reported. Meanwhile, the company notes that Malasya Airlines lost contact with the airplane when it entered the Ukrainian airspace.

Some witnesses 80 kilometers from Donetsk, where the plane has crashed, report that have found some pieces of the plane and bodies.