Manchester United classifies to quarterfinals of the Champions League 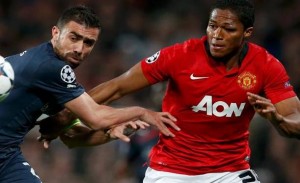 The Manchester United qualified for the quarterfinals of the Champions League with a great comeback to the Greek Olympiakos (3-0) this Wednesday in the eighths round, with three goals from Dutch Robin Van Persie.

To try to change the dynamic of their group, Moyes changed some of the main pieces of the team: the English Danny Welbeck was included for enter through the extreme left and Antonio Valencia on the right.

Despite the speculations, the coach of Manchester United, David Moyes, was trusted to keep his job no matter what happens in the match against Olympiakos.

The 2-0 defeat in the away match in Piraeus had left United, plunged into a major crisis this season, but the “Red Devils” were reunited with their champion spirit and turned around the situation.