Messi will play in match against Ecuador 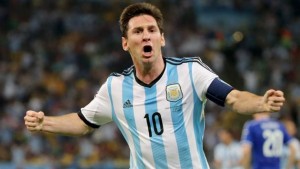 The star of the FC Barcelona, Messi, would play one half against the national team. (Source: EFE).

The Ecuadorian soccer team will play tomorrow against the Argentine team at 18:00 in a friendly match that will take place in the Metlife Stadium in New Jersey, USA.

Gerardo Martino, coach of the sky-blue team, said that the star of the FC Barcelona, Lionel Messi, will only play one half due to discomfort in the right foot of the player. This would be the last game of the tour of the Argentina team in the northern country.

“Everyone wants to make their place in the list and these friendly games are important because they allow players to show their qualities,” Merino said. The national team, meanwhile, will only have a low, Jefferson Montero, who will be replaced by Angel Mena, by having a muscle discomfort in his left leg.