Milton Gualán insists on not being a main Assemblyman

Once again most of the ruling party members of Alianza PAIS, with 81 votes, blocked the opposition’s request to change the order of the day for the request for precautionary measures to the Inter-American Commission on Human Rights (IACHR) on behalf of Clever Jimenez, which resulted in the abandonment of all Pachakutik Assembly members from the plenary.

This time the request to amend the agenda was made ​​by Pachakutik Assemblyman Milton Gualán, who was initiated earlier this week by the Council on Legislative Administration (CAL for its Spanish acronym).

However Gualán reiterated today that he will no assume office as main Assemblyman and will remain the alternate of Cléver Jiménez, thus contradicting the decision of CAL which also removed Jimenez from the Assembly, arguing that there is a judgment against him with 18 months imprisonment on behalf of the Court of Justice, in addition to the loss of his political rights for the duration imprisonment.

Pachakutik Assembly members questioned the attitude of the ruling majority and announced that they will take the case of Clever Jiménez to the Inter-American Court on Human Rights. 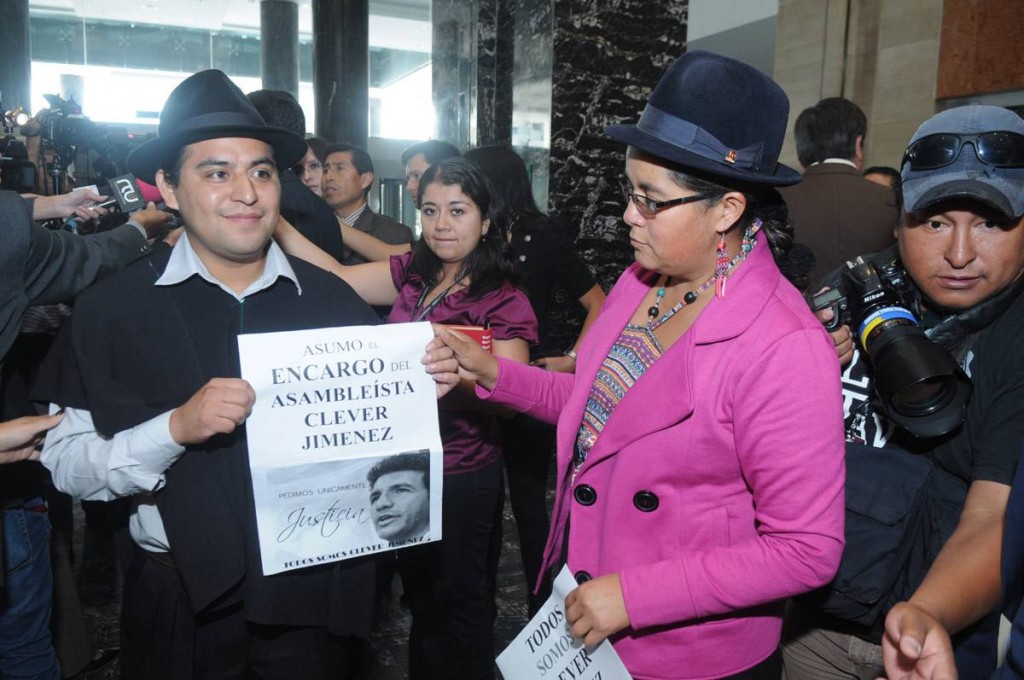 The assembly members of Pachakutik, Milton Gualán (left) and Lourdes Tibán ask for justice in the case of Cléver Jiménez.