Mobile services inspections shall be made from July 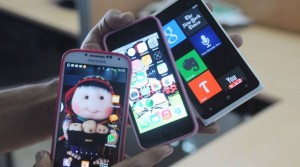 After the updating made by the National Telecommunications Council (Conatel for its acronym in spanish), the Superintendency of Telecommunications (Supertel), expect that the access to the Internet will be one of the main areas to review from July 1, according to Claudio Rosas, National Intendant of Quality Control.

Rosas also mentioned that he will make measurements and control the access to Internet and its speed. Furthermore, the percentage of dropped calls and quality of conversation will be analyzed.

“The new parameters that we are providing are those related to data, the concession contract (…), the voice control is privileged, It means it was thought that most of the network use is going to be for the voice; now we are realizing that it is for data”, said Rosas.

Ecuador has a labour attraction for national medical