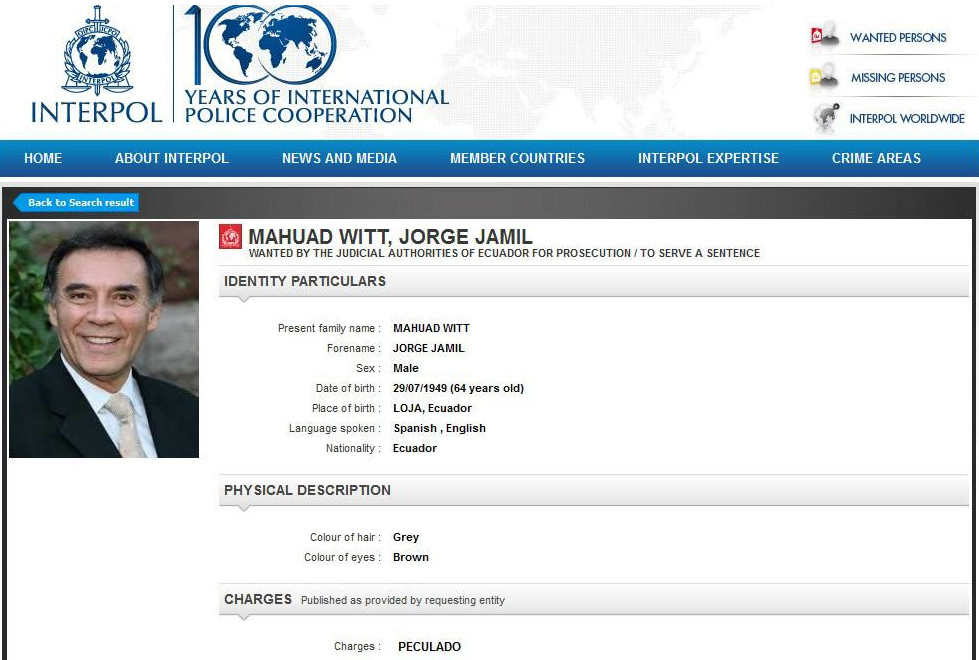 The government of Ecuador announced today that an international arrest warrant against former President Jamil Mahuad, accused of embezzling public funds was issued.

The red alert involves an international arrest warrant while the National Court of Justice held in abeyance the proceedings against Mahuad, 64 years old, waiting for the former president be captured or self surrender.

Jose Serrano, the interior minister said on his Twitter account: “Interpol places with red notice Jamil Mahuad for embezzlement … a thorough work we have carried out of information that determines this action.”

Mahuad (1998-2000), ruled in 1999 a bank holiday and the freezing of funds of Ecuadorians in the financial system to cope with a severe economic crisis that led to the bankruptcy of 21 of the 42 existing banks in Ecuador of that time.

Mahuad fled to the United States where he teaches at Harvard University.