Municipality of Quito analyzes reform for the 2014 budget 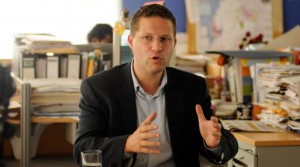 Mayor of Quito Mauricio Rodas and the council administration are analyzing the 2014 municipal budget reform. The figure that will be presented to be analyzed and approved by the Metropolitan Council is about USD 1200 million.

“Each agency of the Municipality is organizing projects and budgets (secretariats, zonal administrations and other agencies)”. Thus summarizes the General Manager Alexandra Pérez the activities running in the council on the issue.

In 2013, according to the previous Budget Committee, the total amount of these units was U.S. $ 1 064.2 million, considering their own revenues and transfers from the central office of the Municipalty.

Since Rodas took office, the new mayor has worked with USD 793 million, an extended budget from 2013. Though the year closed with U.S. $ 1 131.8 million, after two reforms.