After the resolution that products that do not meet the new INEN quality standards can not enter the country, the giant ovens in pottery factories in Cuenca have not stop producing.

Domestic producers indicate that the national production has been impaired for several years with the entry of low-quality materials, which by lacking good manufacturing practices, are offered at lower costs. As a result domestic machines are not 100% used.

Even domestic companies are investing money to improve their business and productivity. Such is the case of Rialto ceramics, which injected eight million dollars on the business in order to stop using diesel and star using natural gas as energy. And $ 4.5 million in technology to record ceramics without causing waste.

It should be noted that the new quality standards are part of the productive matrix change, driven by the government of Rafael Correa, which seeks to lower imports and raise the national consumption and exports. 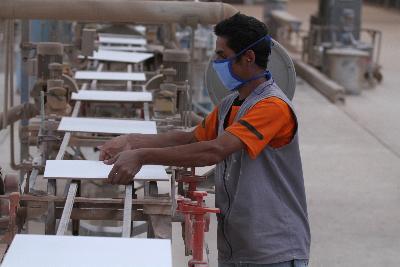 National film will be shot in rural areas of Azuay