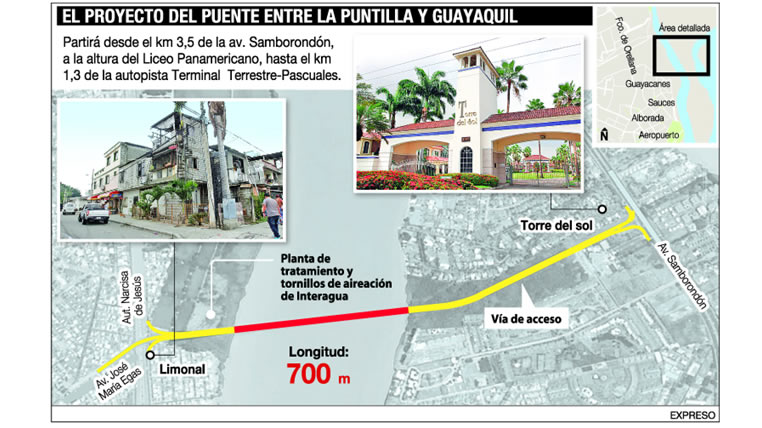 The alert was sounded yesterday by Mayor Jaime Nebot (08:00): the Ministry of Environment took away from the Guayas Local Government the environmental competence and its authorization to issue this licenses, such as that granted to build the new bridge that links Samborondon and Guayaquil.

The last point concerned the official, as he said that the measure would have been retroactive and would have rendered ineffective the environmental permit granted to build that work.

“I want to believe and hope it is proven that I am not mistaken, that Messrs President (Rafael Correa) and vice president (Jorge Glas) ignore what the Environment Minister (Daniel Ortega) has done. Let’s see what happens, let’s see if I am wrong in my perception or not, depending on that, I will do what I have to do. We will have a bridge.”

Cuba, Venezuela and Ecuador pointed in the U.S. for violating human rights

Correa warns to detain those who call loudly for help