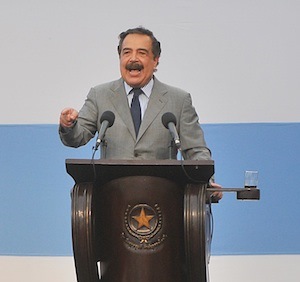 The Mayor of Guayaquil, Jaime Nebot, ratified his decision to promote a query for the people to decide on the transfer of transit responsibilities.

“The opinion of the people, yours is above the president’s and mine,” Nebot said in his speech for the 194 years of independence of Guayaquil.

The Mayor requests for the Government to transfer a grant of $ 15 million dollars and set the rate structure.

“He doesn’t have to be mistaken because Guayaquil is not made of scared and obedient puppies, but thinking men and women …,” said the Mayor.

He also questioned the high public spending, the appropriation of interim funds of teachers, and the intervention in profits of telecommunication company’s employees.

Furthermore, the Mayor spoke about freedom. “Freedom is not granted and the one who grants it to acquire a temporary security deserves neither liberty nor safety. Guayaquil will never yield their freedom,” he said.