The conflict between the National Electoral Council (CNE for its Spanish acronym) and the Mayor of Guayaquil and candidate for reelection, Jaime Nebot, continue, and this time he referred to the suspension of the electoral spots “Everyone benefits from Nebot’s work” and “Everyone recognizes Nebot’s work” ( President Rafael Correa appears in both spots recognizing and approving the mandate of the mayor).

Nebot announced that the promotional videos are posted on Facebook account “Go Nebot Go” for its broadcast on the Internet . “We are moving from the gag law to the veto law, we are just missing the ear plug law. That will not happen in Ecuador.”

The official also referred to statements made by Alejandro Tullio, representative of the election observer mission of UNASUR, in which he said that the concerns raised by Nebot in a meeting with the seer are already resolved. “They have deceived Mr. Tullio, because the issues are not resolved,” he said referring to the spots from Nebot.

However, what he described as “the worst,” is that the CNE does not allow the audit of the computer system that count the votes. As he said in the audit convened and organized by the highest electoral body, it was prevented the review of the system arguing that it has “intellectual property.” “The citizenship, political actors, the media, if any glimmer of dignity is left, this is a joke to the Ecuadorian people.” 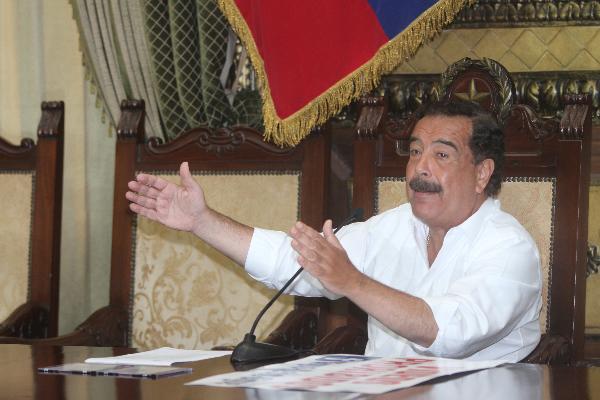 The Isaias brothers would have received support from American congressmen

In July EU aims to implement an agreement to facilitate trade