New Government Ministers are on duty 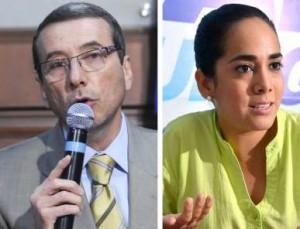 Ministers and Secretaries designated by President Rafael Correa, through two executive orders in this month as part of his cabinet debugging, are currently exerting their new roles.

This, despite an official possesion has not been held in a special ceremony at Carondelet as usual. In Carondelet, the date  o the act is not yet known.

The officialism former candidate for mayor of Guayaquil, Viviana Bonilla, assumed her new role as Secretary of Policy Management since last Monday.

Meanwhile, according to their collaborators, Vinicio Alvarado, Secretary of the Public Administration and Tourism Minister in charge, resumed his duties in his office, located next to the president’s bureau, in the Government Palace a week ago.

Carlos Marx Carrasco, new Minister for Employment Relations, has given interviews to various media about the profile of its management as part of their first activities.

Venezuela will have Human Rights council by suggestion of Unasur