New rules for 4×4 imports were approved 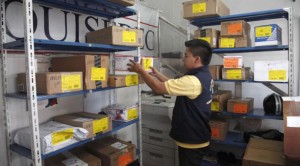 The 4×4 system modifications were approved by the Government and will begin to be applied 30 days after its submission in the Official Register.

This system allowed to import duty-free packages for up to four kilos and up to USD 400, via courier. Now, in addition to the rate of $ 42, the Comex established an annual purchase quota of USD 1200, which corresponds to five annual imports.

If exceeding the amount established, the person will have to pay the fees established for different products and the merchandise will be allocated in the imports category that corresponds according to the Customs office.

Pablo Arosemena, President of the Guayaquil Chamber of Commerce, said that courier companies now face an impact on both sales and employment generated by each.

“Courier Imports of 2013 were 0.8% of the total purchases of the country. Then, to control the outflow of dollars is not a relevant issue, there would not be an impact. But if what they want is somehow artificially favor the textile industry, the best way would be to make them compete”, he said.