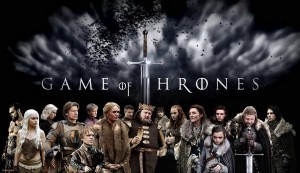 This season brings the reckoning of the villains

This Sunday, April 6, at 20:00 begins the sixth season of “Game of Thrones,” which is broadcasted by HBO.

This series shows the struggle of a group of monarchs for absolute power, in which the end justifies the means, and it is common to see conspiracies, murder, betrayal, drama and ambition. The show was created by David Benioff and D. B. Weiss, which is an adaptation of “A Song of Ice and Fire” by writer George RR Martin.

Martin captivates fans with unexpected endings, adding that he sees the creation of a film based on the series is not that distant. This new season brings the reckoning of the villains, who will pay for their misdeeds, “here the bad guys always win, as happens in the world today, but many will really suffer,” said Liam Cunningham, actor who plays Davos Seaworth.