Neymar Jr. is out of the World Cup after vertebral fracture 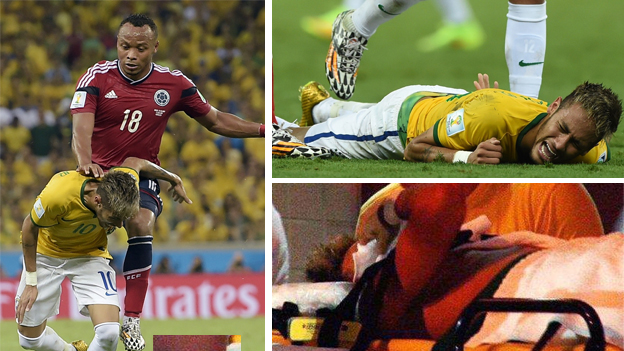 After the Brazil’s excitement yesterday for advanceing to the semifinals in the 2014 World Cup, the player Neymar da Silva Santos Júnior, known as Neymar Jr, suffered a vertebral fracture after a hard blow in the back during the quarter-final against Colombia.

“Neymar has a transverse fracture of the third lumbar vertebra and was out of the World Cup,” said Rodrigo Lasmar, one of the Brazil’s team doctor in a press conference.

The Brazilian Neymar Jr., 22, was hit by the Colombian player Juan Camilo Zuniga minutes before the end of the game. But in the eyes of the referee this was not punished with a yellow card, claimed Luis Felipe Scolari, coach of the Brazilian team.

Scolari confirmed that Neymar Jr. was taken to a nearby clinic to the Castelao stadium in Fortaleza, where the football encounter took place. “Because he received a knee in the back and was crying of pain,” he said.

Germany: First classified to the semifinals of the World Cup

Discovery of remains of ancient civilization in the south of Peru