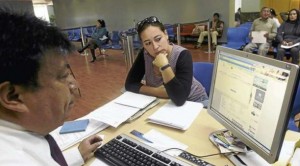 Article 243 of the Code establishes the intervention in the company by the supervisory authorities, in addition to a fine of three to five basic salaries by unaffiliated worker.

Luis Poveda, representative of employers before the Salary Council (Conades for its Spanish acronym) added that although the enrollment has always been a legal obligation that serious private sector companies have been obeying, the decision to criminalize it has encouraged more employers to comply with the standard.

The sector of domestic workers would be one that has fewer affiliates. Maximina Salazar, representative of the Association of Paid Household Workers, said that only 45 of 370 members are affiliated.