Without a consensus, a meeting between representatives of the banana exporting and producing sectors culminated yesterday where there was the possibility of setting the new price of the banana box that will govern by 2020. Currently, the price of the box of the fruit is $ 6, 30

The announcement of the new price keeps the exporters of the fruit that started negotiations from this month onwards to close the sales contracts to their different markets for next year. 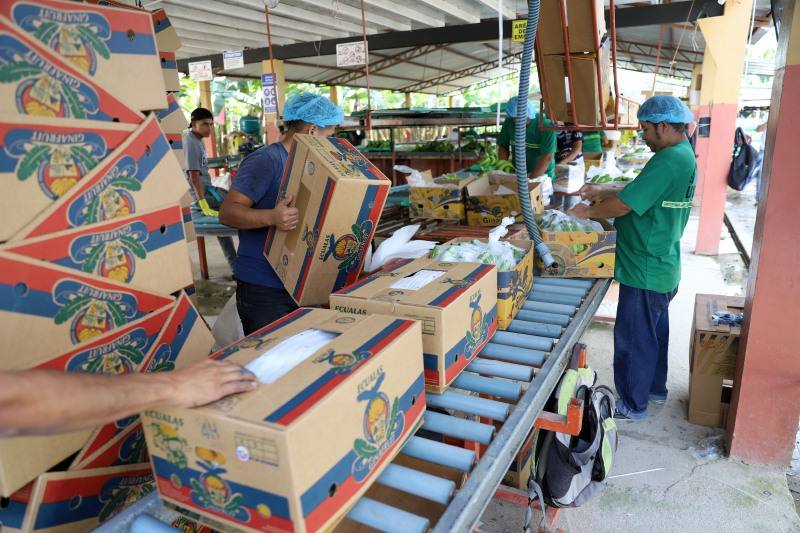 The appointment was held in the offices of the Ministry of Agriculture and Livestock (MAG), in the Zonal Government building, where each sector raised its proposal. Byron Paredes, president of the National Association of Banana Producers, said that his sector came up with the approach of revising the price of the upward fruit, at a value of $ 7.29 a box.

The arguments presented to request the revision, Paredes explained, are due, among others, to the inflationary process, wages and adverse atmospheric conditions that reduce production on banana farms.

Meanwhile, the export sector arrived at the meeting with the proposal that the current price be maintained, that is, that by 2019 the fruit box will continue to $ 6.30.

The exporters based their request on the lack of competitiveness that affects the sector and which is reflected in the loss of market shares in their main destinations.

According to figures from the Banana Marketing and Export Association of Ecuador (Acorbanec), the country exported 240 million boxes of bananas from January to August, which is 13.11% less than those that came out in the same period of the previous year.

“That scenario (going up to $ 7.29) is crazy, and it would be disastrous, just raising 10 cents last year reduced exports to Europe 13%, 8% to the Southern Cone and 2% to Russia,” said Richard Salazar , holder of Acorbanec.

Meanwhile, Paredes said that in response to the exporters’ request to keep the price at $ 6.30, the producer sector reformulated its proposal and agreed to park the price up to $ 6.80 per box, which was not accepted by The exporters.

Now it will be the Ministry that must set the new price of the fruit after the failed meeting yesterday. The entity has from today a period of seven working days to announce the new value.