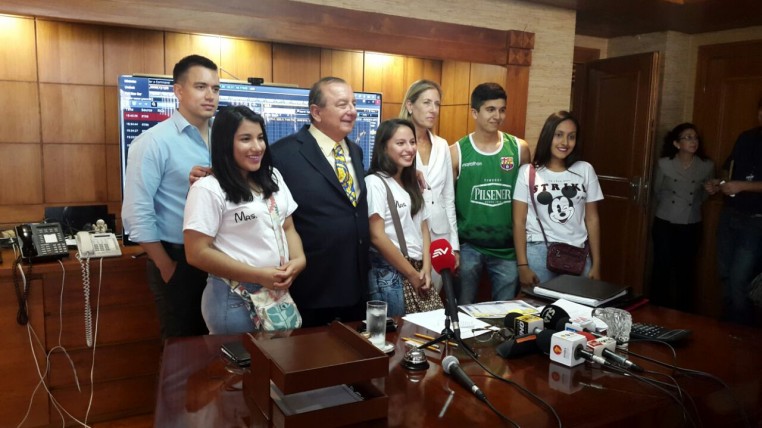 The Ecuadorian businessman and presidential precandidate Alvaro Noboa, yesterday expressed satisfaction with the formalization of his party Adelante Ecuatoriano Adelante,which will take part in the 2017 elections.

The announcement was made in a brief press conference in which he added he will soon meet with several political parties that have also aked him to nominate.

Despite Noboa did not specify which parties, he made it known that he is willing to cooperate with all political tendencies. “With my left I won in 1998; with the vote of the MPD, Pachakutik and Socialismo: many of them are now in the 35 (PAIS party) … I’ll talk to my friends from the left, my friends from the center and my friends from right, because I’m friends with all of them,” he said.

Furthermore, he was akin to the idea that the opposition comes together to launch a single candidate who will confront the ruling party. In his opinion, that government candidate will be represented by Jorge Glas, of Alianza PAIS.

In this context he does not rule out being part of the so-called ‘Unity,’made up by different political movements such as PSC, SUMA, Avanza and Concertacion, among others.

With regard to the recent statements of President Rafael Correa, who claims he will not nominate, he said he understood his decision. “… I imagine that he must be tired of these nearly ten years in power,” he stated.