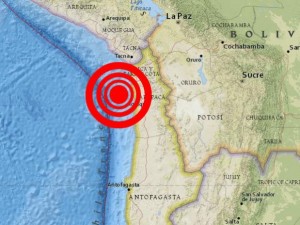 North of Chile under the threat of a possible tsunami

Wednesday a wave of up to five meters hit the coastline of the northern city of Coquimbo, in Chile, after a powerful earthquake that hit the country, said the mayor of the town.

“The tsunami has already reached the city. The waves reached the center. People are in the streets. At this point I worry about the unceasant waves that are coming and the Navy is already installed here, monitoring,” said Cristian Galleguillos, Mayor of Coquimbo to the Chilean CNN chain.

A 8.4 magnitude earthquake and several aftershocks, some very intense, shook on Wednesday the central zone of Chile, generating a tsunami alert in the coasts of the country.