Northwest of US continues under the cold and snow 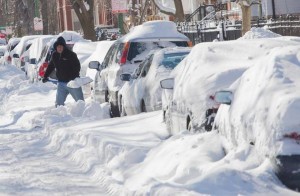 The northeast of US remains under the arctic cold, while a new storm of snow threatens the nation’s capital, Washington, and several southern states.

Cities like Boston, in Massachusetts, have suffered four snowstorms in just three weeks.
In fact, according to The Boston Globe, February is the month with more snow in the history of the city, with nearly five feet and half accumulated. This broke the record set in January 2005.

According to the National Weather Service, the new storm may affect a dozen states in the east and south. Forecasters predict up to 25 inches of snow in southern Indiana and up to 35 for some areas of Kentucky.

Dhruv case: COAD anticipated in 2009 “news” in the purchase of helicopters