Oil price starts with an annual loss this 2015 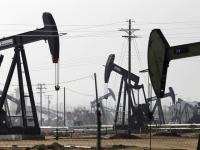 Crude starts this January 1 a new day with an annual loss approaching 50%, after that WTI (West Texas Intermediate) closed the last day of the year at $ 53.27 and Brent at $ 56.82.

The price recorded on Wednesday, December 31 by the WTI, in reference to the Ecuadorian crude, is half the maximum value reached on June 20, 2014, when it stood at $ 107.26 a barrel, according to EFE.

The government of Ecuador has rejected the existence of a fiscal crisis because of this, because public sector salaries are financed by taxes.