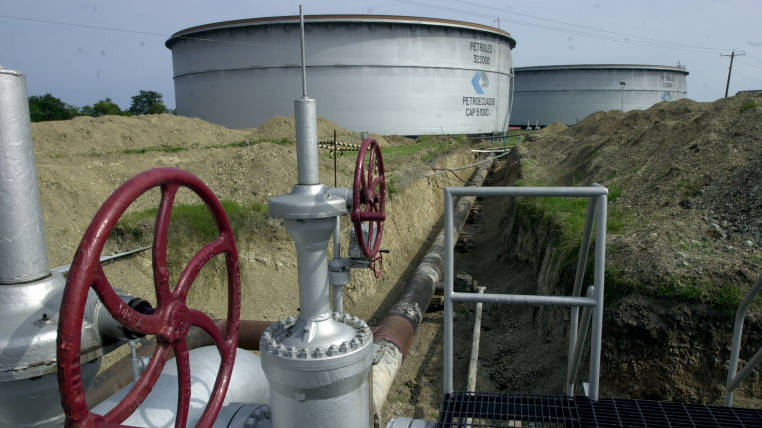 There are many terms that experts in international law, political analysts and assembly members use to disqualify the economic management of the country of the previous government (Rafael Correa), which due to the economic resources rush accepted credit conditions of China that, they say, “violated the Ecuadorian sovereignty and mortgaged oil reserves.”

Antonio Parra Gil and Carlos Estarellas Velásquez, experts in international law, agree that it is shameful that it has been accepted that the Chinese bank CDB makes collections and withholdings of money, without prior notice, from the account opened by the Ecuadorian Government in that financial institution. “It is totally absurd that the previous government has given the Chinese banks a blank checkbook.

Estarellas believes that the first thing to know about the agreements and agreements signed with China is what type they are and who signed them to establish responsibility, because there may have been constitutional violations and international treaties, in which case it is the government’s turn to act. “We have to know if they are government-to-government agreements (the Assembly should approve them) or if they are agreements between the Ecuadorian State and Chinese banks,” he says.

According to political analyst Medardo Mora (manabita), the investigation and review of oil sales contracts should absolutely involve everyone, because what is being seen is that the negotiations were unfavorable for Ecuador, in which it was put in evidence “the most rancid totalitarianism that Rafael Correa is embroiled, to the detriment of the interests of the country, which should have been above all”.

“What has happened is a clear damage to the nation and an attack against the inalienability of the country’s assets and natural resources (oil could not be delivered as collateral),” says economic analyst Marco Lopez.

“The fact that the resources of Ecuador have been allowed to have been handled by the creditors is unconstitutional. Here you have to respect sovereignty, “he says. A disrespect for the sovereignty of the country that also speak Assembly members Roberto Gómez (movement CREO) and Raul Tello (independent) and the ex-Shakespeare of Pachakutik, Pepe Acacho.

All agree that the investigations should be done on different fronts (Government, Comptroller, Assembly and Prosecutor’s Office) to punish those responsible, but do not have much hope that these will materialize in legal actions. (I)

810 ‘ghost’ signatures operated for evasion in Guayas, Pichincha and Manabí