The Office of the Attorney General of the State (PGE) continues with the process to comply with the sentence of the Case “Bribes 2012-2016”. This occasion is planned to place a plaque that is part of a symbolic comprehensive repair. 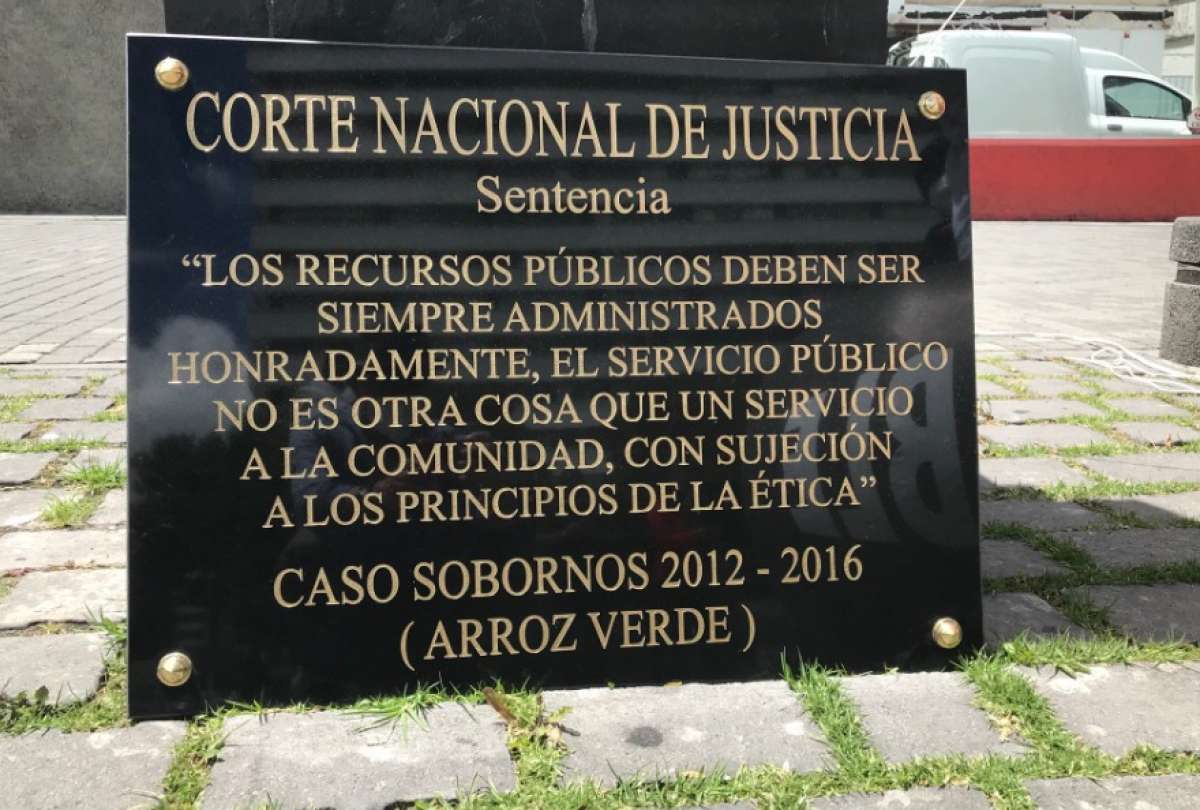 The PGE, through its Communication department, reported that this Sunday, December 20 and Monday, December 21, the judicial proceeding will be carried out regarding the plaque that must be placed according to the ruling in the Bribery case.

According to the ruling, the convicted persons must carry out, among other things, the following three actions.

The first is the placement of the plaque with a text in Castilian and Quichua that says: “Public resources must always be administered honestly and with unrestricted adherence to the law, the public function is a service to the community, subject to ethics as a guiding principle ”.

As a second act, the expression of public apology by those sentenced, which will be held in the Plaza de la Independencia in the capital of Ecuador.

The third act contemplates the completion of 300-hour training on a secular ethics and transparency course in public administration.

The Tribunal of the National Court of Justice sentenced former president Rafael Correa and former vice president Jorge Glas to eight years in prison for aggravated bribery. In addition, both former authorities lost their political rights for 25 years.

The Court of Court named them as co-authors, and they also received a sentence of eight years. (I)

Justicia Social Movement: a brief account of its struggle towards an electoral race