The Social Justice political movement ensures that “there is no possibility” that the National Electoral Council (CNE) excludes the participation of the presidential candidacy of Álvaro Noboa and Gino Cornejo , in the general elections of February 2021, because it was registered on February 7 last November. 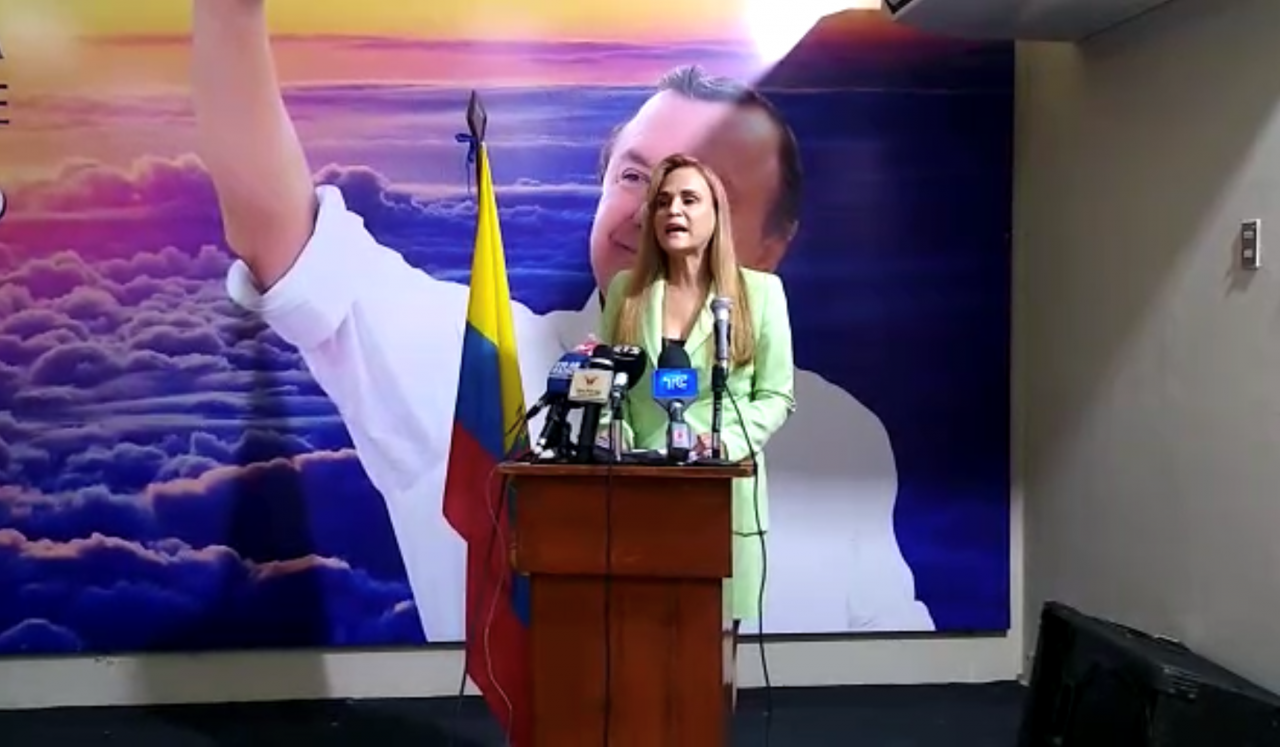 Four CNE advisers recuse an electoral judge in the process of an electoral infraction; and Social Justice insists that Álvaro Noboa be qualified

The spokeswoman for the political group and the candidates, Sylka Sánchez, questioned four CNE advisers about “hindering” and “boycotting” the electoral process, to prevent the registration of Noboa and Cornejo .

An example of this, he said, is that the councilors Diana Atamaint, José Cabrera, Enrique Pita and Luis Verdesoto challenged the judge of the Contentious Electoral Tribunal (TCE), Ángel Torres , who admitted to processing an appeal for a serious electoral violation raised by Social Justice against the four authorities , and convened an oral and public hearing next Saturday, December 26.

The group presented this appeal arguing that the CNE has been in “contempt” for 51 days, for failing to comply with the sentence that obliges them to adopt comprehensive reparation measures, so that they hold primary elections, register candidacies that were underway and new ones, and qualify them.

They ask for the dismissal of the four members, a fine of 70 basic salaries, and the loss of political rights for four years. The appeal was admitted for processing by Judge Torres, but on Friday, December 18, the members challenged it

They argue that the magistrate issued statements in various media and because of the need to “have an impartial and transparent process.”

This Sunday, December 20, at a press conference in Guayaquil, Sánchez insisted that the councilors are causing incidents to “block the candidacy of Álvaro Noboa. They have been unmasked as the managers of a blow to democracy ”, he noted.

The political leader recalled that the pre-candidacies of Noboa and Cornejo were registered on November 7, once the CNE, in a resolution of November 5, set deadlines for them to register candidates; although the suffrage body reconsidered its resolution on November 11, in which it determined that only the qualification of registrations that were entered within the deadlines of the electoral calendar and not ‘new’ will be allowed.

“The candidacy was registered on November 7. This Council is a shame, which intends to ensure the democracy of Ecuadorians … But, we have shown once again that these councilors continue to mock the people and continue to play tricks and tricks, because all they want is to avoid Álvaro’s candidacy Noboa ”, he expressed.

He added that the members of the CNE must be punished after the hearing on December 26 and “even if they have challenged the judge, the substitute must attend the hearing and must be dismissed, because they have committed the crime of contempt. They are hindering and hindering the electoral process ”.

He also revealed that the lawyers’ firm that represents them in the United States and the European Union (EU) are requesting that the counselors be sanctioned and that their visas be “revoked.”

At the moment, the processing of this infraction will remain suspended, while the plenary session of judges decides whether or not to accept the challenge, and appoints a substitute judge. (I)