Police commander says that couple was kidnapped in Colombian territory 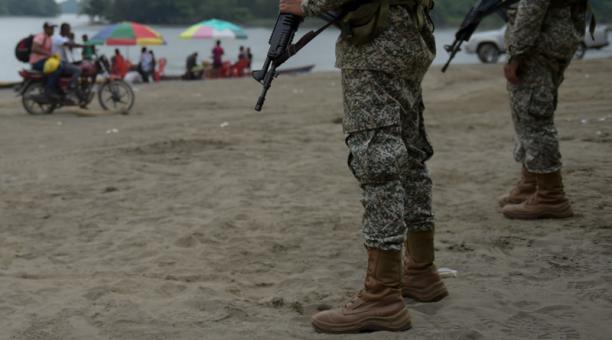 The General Commander of the Police, Ramiro Mantilla, revealed new details of the kidnapping of a couple on the northern border.

According to the maximum police chief, the investigations determine that the young people were plagiarized by the organization of a group of dissidents when they entered Puerto Rico, a Colombian town that borders the parish of Mataje (Ecuador).

“From the first investigations we have of the new kidnapping, we know that the couple arrived in San Lorenzo, they stayed at a hotel and by versions of the employees of that establishment, it was learned that they went to Puerto Rico, that is, to the Colombian side “He said.

For that reason, it discards that the kidnapping was perpetrated in the town of San Lorenzo. “The kidnappings are not happening in San Lorenzo or in Esmeraldas,” said Mantilla.

The official also reported that the plagiarism of people is not the only threat that currently lives the border. Other risks are attacks with explosives.

Therefore, he indicated that in the coming days with Community Police will work in schools and colleges to avoid incidents.

“We have received warnings through the ECU 911, but thank God they have been false (…) We must not be alarmed, but we have to be prepared.” These statements were issued in an interview on Radio Democracia. (I)