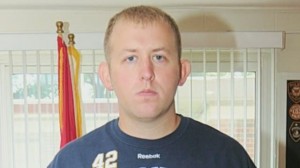 Agent Darren Wilson, whom a jury decided not to charge for the death of the young Afro-American Michael Brown Ferguson (USA) took the decision to resign to his office by “credible threats” against the local police department and other officers.

Wilson resigned after Tom Jackson, Police Chief of Ferguson, indicated him on these threats, said his attorney, Neil Bruntrager to NBC.

Bruntrager added that Jackson thought that if Wilson left office, “it would alleviate those threats,” but he never pressed the officer to resign.