Political parties in Ecuador have not yet defined their candidates 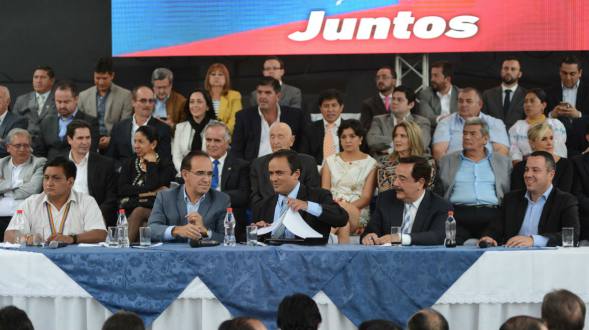 Two presidential candidates. Eighteen public figures nominated for that role. And more than 60% of undecided voters, according to recent polls. This is the political scenatio 200 days before of the 2017 elections.

The call for elections will be on October 18. Postulanst will be able to enroll until November 19.

The so-called Unity, the PSC-Madera de Guerrero alliance nominated Congresswoman Cynthia Viteri. But the other groups that compose it, as Avanza, SUMA and Together we can, have until August 31 to present more options, which will be subjected to an internal selection process. Whoever is the ‘anointed one’ will be presented on September 30.

Sociedad Patriotica and the Ecuadorian Union also had “approaches” with the Unity, but they had previously raised some names. The first one, Lucio and Gilmar Gutierrez, Patricio Zuquilanda, Leonardo Escobar and Victor Cevallos; the other: Washington Pesantez.

PK primaries are scheduled for Saturday. And the selection process within the ANC, for the end of August.

The ruling party announced that the name of its presidential candidate will be known at the national convention to be held on October 1st. The militancy deliberates between former Vice President Lenin Moreno and current Vice President Jorge Glas.

But there is also the possibility that Rafael Correa runs for elections if the group Rafael With You Always manages to gather a million signatures required to call a referendum that would eliminate the transitional provision, which prevents him from being reelected.

From the Unidos Front, led by the ruling coalition, the candidacy of Jimmy Jairala, leader of the Democratic Centre, also arose. He will give his response on September 30.