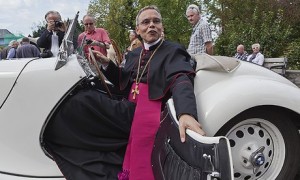 The Bishop of the German diocese of Limburg, Franz-Peter Tebartz-van Elst, who was temporarily extradited from his charge due to the excessive spending he performed, including the construction of a sumptuous Episcopal residence , was ceased from his position by Pope Francis.

Following the report of the Commission of the Vatican, the Pope approved the resignation last October 20, at which the Bishop of Limburg appeared before him to present his version of the facts. The issue came to light after German media denounced the lavish lifestyle of the Bishop.