BREAKING NEWS
Rafael Correa, Jorge Glas and others are sentenced to 8 years in prison for bribery in the Bribery case 2012-2016
Bribery Case: Former President Rafael Correa receives eight years in prison
Court sentences former President Rafael C. to 8 years in prison in Bribes case
Court sentences Rafael Correa and Jorge Glas to 8 years in prison in Bribes case
The international price of a ton of cocoa falls $ 700
Government will also take care of the funerals of people who died in Guayaquil hospitals
Online business channels are used more, but not all increase in sales
COVID-19 testimonials: the silent pain of not being able to say goodbye to the family
Vehicles may only transit one day per week
Coronavirus: Unions and groups demand the departure of Paúl Granda from the IESS 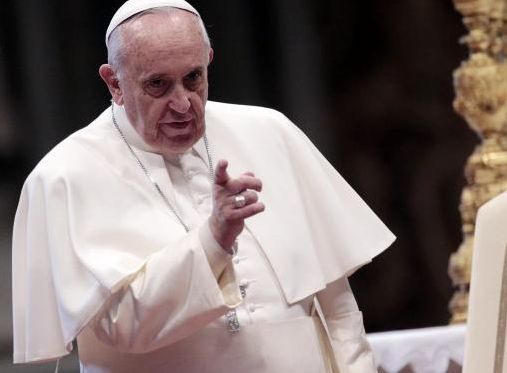 The Pope Francis Thursday advised the priests to officiate the Mass to avoid behaving like a “showman” and recover “the charm of beauty and amazement, both of whom celebrated as people”.

“When we see a priest who preaches sophisticated or artificial, abusing gestures, it is unlikely that this shock is given, this ability to enter into the mystery,” the pontiff said in a meeting with the Roman clergy at the Vatican according to the SIR agency, linked to the Italian Episcopal Conference.

“If I’m a showman, I do not enter into the mystery. There are two extremes, “he added.

The Argentine priest explained that “there is something that carries in the own homily with it the grace,” but there is something more than “depends on who preaches”. Therefore, he urged “to recover wonder, what is heard in the encounter with God.”

The Pope concluded his speech recommending the use of two books which confessed that he had been helpful.