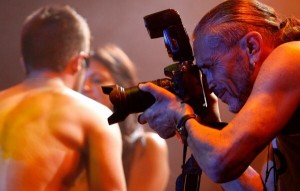 The suspension of the filming is part of the usual action protocol for FSC whenever an infection of the AIDS virus is detected.

The moratorium is in effect from 31 August, with no date set for its removal. This is the third time within a year that the shooting was suspended for a positive on an HIV test.