The prefect of Guayas, Jimmy Jairala sued the former candidate for the same dignity in the last elections, Cesar Monge, of the Creando Oportunidades movement (CREO).

According to the prefect, the demand was filed for libel by Monge, for which he requires a compensation of $ 250 million and ten years in prison.

Meanwhile Monge, said “all of the irregularities that I have denounced are documented and correspond to reports from the General Comptroller of the State.” He added that his lawyers already responded the demand and are waiting for the process to continue.

Xavier Sandoval, Jairala’s legal adviser, said that all complaints of alleged corruption presented by Monge, are false and their lawyers are going to prove it. 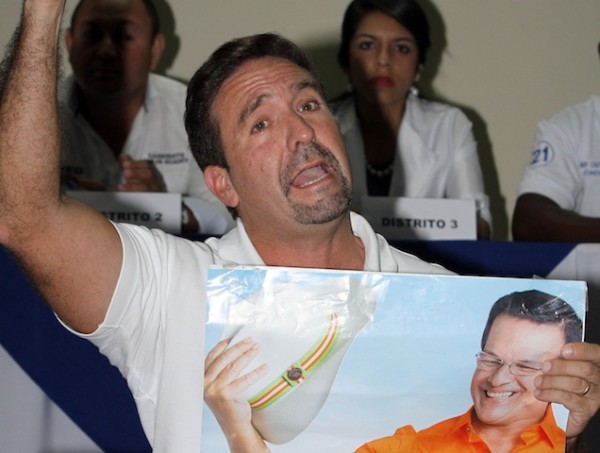 “Even if they tell me that I have to go to jail, I have no fear of these people. That does not work on me. I will keep denouncing this Prefecture corruption that takes all of our resources,” said Monge in Radio Santiago on last January.