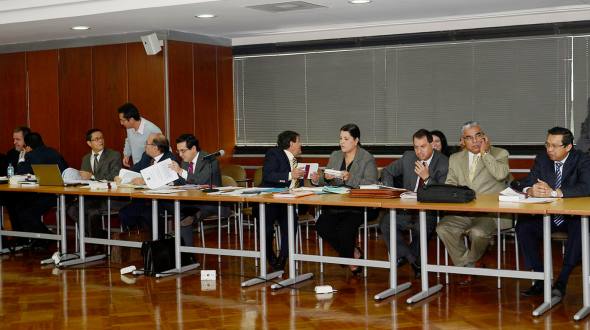 The National Court of Justice began on Tuesday August 2, the preparatory hearing of judgment and presentation of opinion in the case of Bank Cofiec, where there are 20 defendants for their alleged involvement in the irregular delivery of a loan of USD 800 000 in December 2011, to the Argentine businessman Gastón Duzac.

The lawyers of those involved attended, excepting Gastón Duzac and Pedro Delgado´s, who were represented by a public defender.

The judge in charge gave way to the first part of the hearing, for that Lawyers expose the alleged procedural vices that have been detected in the case, to request the annulment process.

Most are concentrated in claiming that the report of the Comptroller did not bind their represented and that the law did not allow an initiate criminal trial without that input.

Sentenced for the 30S will not accept the pardon