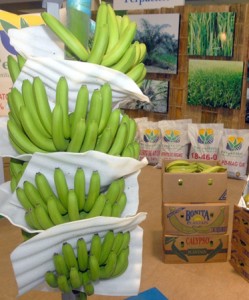 The devaluation of the ruble, the Russian currency, has led the “spot” banana box (without contract between the producer and exporter) to $ 3.50.

According to exporters, that has been one of the causes for the Ecuadorian producer to receive less than the stipulated in the official price of fruit ($ 6.55 per box of 43 pounds), since in addition, the cost of the freight is higher than other European markets: $ 4.50 per box.

Russia is the main buyer of the Ecuadorian fruit, with 21.63% of the total, according to figures published by the Association of Banana Exporters of Ecuador (AEBE). Between January and June 35.4 million boxes were shipped to that country, just 0.47% over the same period last year.

Now the fruit that is taken the Russian market that under contract, and the “spot” is only shipped to fulfill contracts of ocean freight.

Support to marches in Guayaquil and Portoviejo