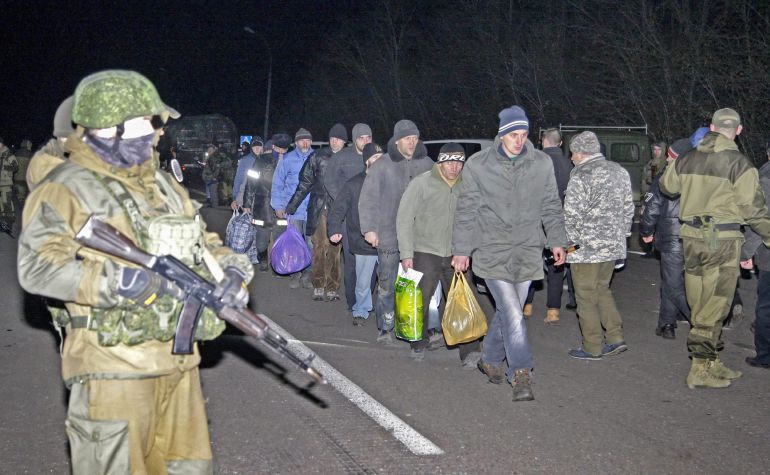 Ukraine and the pro-Russian separatists began on Friday the exchange of hundreds of prisoners of war under the agreement reached last Wednesday in Minsk, unique progress in talks that did not allow solve the underlying problems.

This first exchange (in the city of Kostiantinivka, 65 km north of the rebel stronghold of Donetsk) began with groups of 10 prisoners out of a total planned for this day of 222 separatists and 145 Ukrainian soldiers.

The prisoners, dressed in civilian clothes carrying bags and formed a row, facing each other, separated by 100 meters away.

Several representatives of the Organization for Security and Co-operation in Europe (OSCE) observed the scene that took place in an illuminated road only by the headlights of cars.

Prisoners presented by rebel prisoners were in the Donetsk region, said the separatist representative, Daria Morozova. According to her, the exchange of prisoners from the neighboring separatist republic of Lugansk it should be performed this Saturday.