Protests by 43 missing students are resumed in Mexico 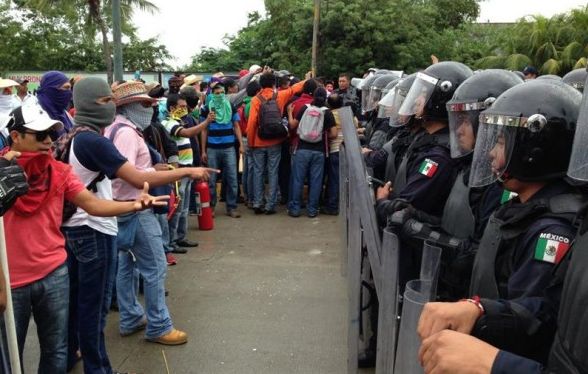 The parents of the 43 possibly massacred students and their classmates today resumed protests against the Mexican government.

About 300 protesters, identified as students, and some parents of the 43 missing began a march to the Acapulco airport, but riot police prevented them at first to step on the main access road.

The protesters, the majority hooded, reacted by throwing stones at the police, leaving a dozen injured as told to AFP an official of the Guerrero state Public Security.

According to recent reports, they blocked the entrances to the airport and do not allow tourists with suitcases entering the facility.

The interruption will last three hours, according to Felipe de la Cruz, spokesman of the parents of the missing students.