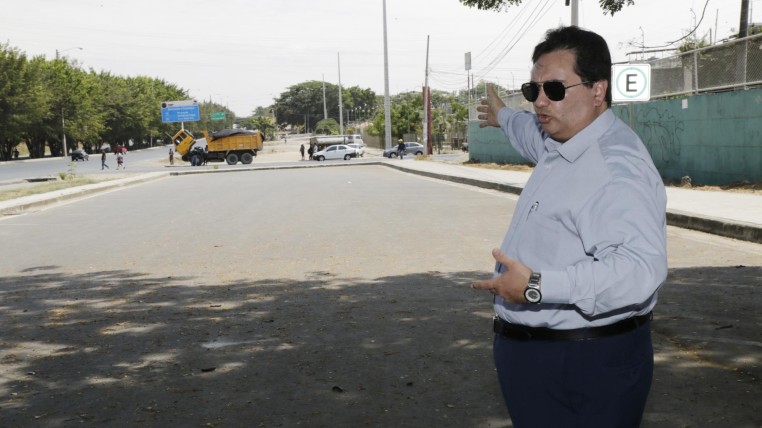 The decision has already been made. “The first working day in January starts the work once the mayor gives the green light.” That was the announcement made by Jorge Rodríguez, municipal spokesman, on December 13, regarding the construction of a road connection that will link the final section of the service lane, located on the left side of the road to the coast, with the Perimeter.

The measure was requested a week before by the presidents of the area, who in a meeting with Mayor Jaime Nebot asked for a road option that allows them to leave their homes without having to go through the intense traffic generated during peak hours. This decision would entail that this space of the lane (which includes from door one of Puerto Azul to the third gate) becomes a double road for the circulation of vehicles, as well as published by Newspaper EXPRESO on December 7.

However, the managers of the Puerto Azul urbanization do not agree with the provision. “When the governor came and the idea that this section of the service lane became bidirectional was exposed, I informed them that we opposed the decision that our neighbors had taken, because it would hurt us a lot,” says Gustavo Delgado, president of The urbanization.

According to Delgado, only in September 262,000 vehicles entered the urbanization through the door number three, which added to the transit of the new connection and the change of a double track would generate a collapse in the sentry boxes of the citadel.

The manager assures that he understands the discomfort caused by traffic in the residents of the sector, so he mentions that they would be willing to accept the construction of the road, if they are allowed to leave the section of the service lane that adjoins them unidirectional. In addition, he mentions that he asked the Ministry of Public Works for a report on the feasibility of the work that the Cabildo intends to carry out.

The disagreement disturbs the managers of other developments, who say that the opinion can make the commitments that were reached with the Municipality and the Government vanish.

“The Traffic Commission explained to us yesterday (Wednesday) that there is a need to solve the traffic issue and that it is in accordance with what we have asked for. We request that you coordinate with the Municipality so that it can be carried out. This is not a personal request, but the whole area, “says Guillermo Ayala, general president of the developments.

With him, Álvaro Cruz from Belo Horizonte agrees, discarding that the double track is the cause of  traffic congestion in the entrance to Puerto Azul, since it has not been in the other citadels.

“We have requested that it be a double way to decongest the bottleneck that is created in the perimeter exchanger. When we leave Puerto Azul we have to leave the road to the coast to return to our homes. It is a necessary request, but it is the authorities that must make the decision. ” (I)