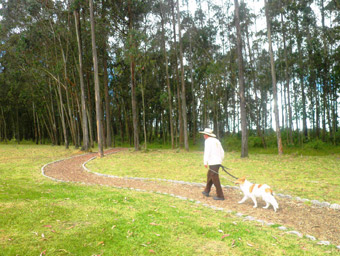 The National Institute of meteorology and hydrology (Inamhi), reported that yesterday there were strong winds in Quito because of rain accompanied by thunderstorms.

Lincoln Cevallos, technician of the Inamhi, noted that these phenomena are typical of this season.

Cevallos also mentioned that even though rainy season starts in October, likely in the morning, the sky is clear and there is heat. High temperatures in the day help evaporate that cloudiness, for that reason is normal the rainfall in the afternoon.

On the other hand, for the reforestation of the Metropolitan Park, species like the pumamaqui, quishuar and yagual, will be used while the eucalyptus will be part of the third phase of remediation, which will take place after the fire of September 22, when 52 hectares were burned.

Vladimir Ibarra, Secretary for environment of the municipality, said that species such as pumamaqui, quishuar and yagual will minimize the risks in the future and improve moisture retention.

The dissemination of messages in order to raise awareness and preventive actions to citizenship will be extended until February 2014.