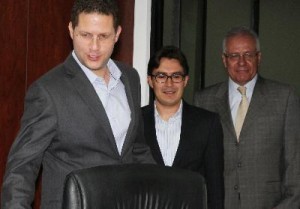 After the delivery of the four consortia bids for the construction of the second phase of the Quito´s subway, the final price was higher than intended.

According to the proposals, the subway would involve an investment of between 2,005 and 2,381 million dollars, while the reference budget was 1,500 million.

The Mayor of Quito Mauricio Rodas, blamed the previous administration, led by Augusto Barrera (PAIS), because of the conditions of the tender. “It’s a very important difference that concerns and surprises us”, he said yesterday.

Although Rodas did not want to anticipate a decision on the future of the project, he said that the deals will be analyzed and he would attempt an approchement with the central government and multilateral credit organisms, which fund the work, to find a solution.