Rafael Correa did not expand his version in the Balda case; lawyer asks for new date 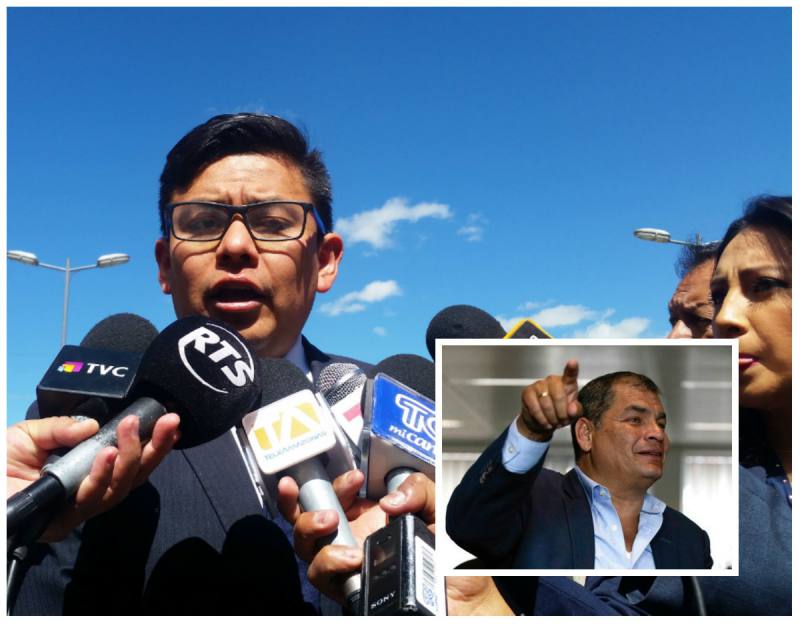 Although it was the same defense of Rafael Correa who requested that his client expand his version of the case investigating the kidnapping of Fernando Balda, in Colombia, the Ecuadorian former president did not attend the proceedings due to “lack of guarantees”.

The news was given this morning by Fernando Molina, part of the former presidents defense, upon entering the State Attorney General’s Office in Quito to deliver a document requesting a new day and time for the expansion. Correa was quoted in an audience at the Ecuadorian consulate in Brussels at noon (Ecuador time) this Thursday.

His other defender, Caupolicán Ochoa, said in brief statements that it was only a deferment due to an inconvenience suffered by his client, since the daughter of the former president was operated on Monday.

Correa was due to expand his version at 12:00 this Thursday, from the Consulate of Brussels, in Belgium, where he resides. The diligence was arranged by the Office of the Prosecutor, after request of Caupolicán Ochoa, defense of the former president

“The corresponding analysis has been carried out and we have determined as part of the technical defense that there are no adequate guarantees at this moment so that former President Rafael Correa can render his version,” Molina said today.

The lawyer of the former president is struck by the prolixity with which consular agents have acted in different States, when one of the decisions of Correa is the determination of an asylum.

Molina said that they hope that guarantees will be given regarding the procedures related to the international red diffusion of Interpol, such as compliance with the hearing on appeal to preventive detention ordered against his client.

Regarding possible processes that are opened in Colombia against Rafael Correa, which would result from the kidnapping of Fernando Balda, Molina said they will wait for the Colombian justice to formally pronounce for them to respond to any indication.

He also explained that they have reviewed the declassified documentation by the Senain, which entered the file regarding the Wilson and Guayacán operation; but he clarified that they will answer on those issues in the trial preparatory hearing. (I)

Impersonation generates judgments for debts not acquired in Ecuador