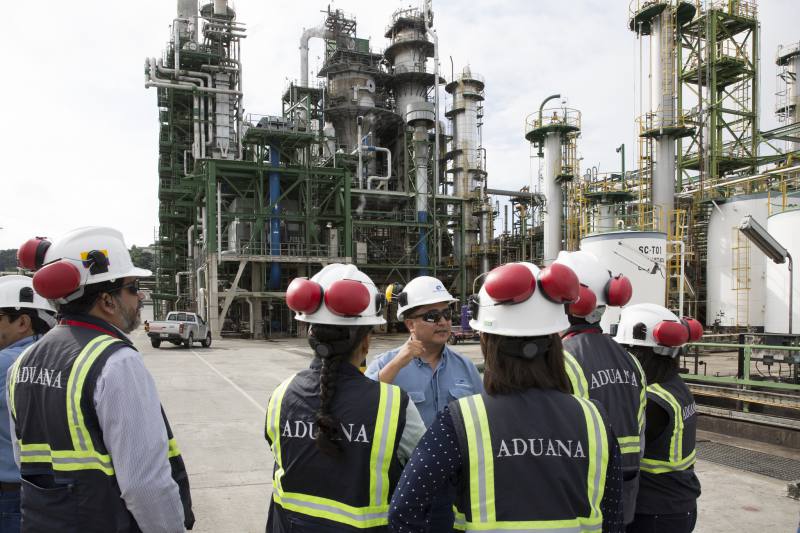 State-owned Petroecuador yesterday received offers to buy Ecuadorian crude with prices higher than West Texas Intermediate (WTI), in the fourth spot sale made in this government.

Yesterday the opening of envelopes of eight companies that delivered their offers to buy 3.9 million barrels of Oriente crude in 11 shipments of 360,000 barrels was developed.

The event was chaired by the new manager of EP Petroecuador, Marcelo Proaño, who replaced Carlos Tejada this week.

The other five companies offered negative spreads; that is, below the WTI price, and 13 more companies excused themselves from participating.

The results will be published in the next few hours, but the best option was Glencore, which was also the company that won the first spot sale that Petroecuador made, after 3 years of not having celebrated this type of sales, in September.

According to the Vice Minister of Hydrocarbons, Patricio Larrea, the positive of spot sales is that it allows us to monitor the market and evaluate our product.

For Larrea, it is in the country’s interest to have a good valuation of crude oil in order to better carry out transactions with long-term contracts whose price is defined by a formula.

But what is the reason why Ecuador’s crude is above the WTI, when it normally has punishment?

Luis Calero, expert on energy issues, considered that the price is defined by short-term issues, market and needs of each company.

For Calero, it’s good news for the country because he could receive payments for each barrel equivalent to WTI (yesterday $ 70.97) plus the prize.

In this case, he said, the best offer has been from an intermediary (Glencore), which shows that it is only a myth to believe that state companies or refiners are the ones that can make the best payments.

Fernando Santos Alvite, former Minister of Energy, said that the good performance of the market in spot sales is due to the drop in heavy oil production in Venezuela and that companies require this type.

He also noted that with this Ecuador receives at least $ 7 more per barrel than what would receive if this same crude was marketed under the long-term contract. “The Chinese pay us $ 6 less than the WTI,” he said.

After several months of negotiations, Ecuador managed to free some 50 million barrels of the long-term contracts it had concluded with Petrochina, Unipec and Petrotailandia.

According to Minister Carlos Pérez, this release would mean the country an income of $ 3,500 million.

With yesterday’s spot sale you could get about $ 276 million. In this sense, Larrea said that in the future there will be new spot sales.

Yesterday, he informed that talks are underway with Petroperú and Enap for medium-term agreements.

On the departure of Tejada from EP Petroecuador, he said that this type of change should not be surprising, but that the policy continues in the company.

It is the price of the WTI indicator per barrel of crude registered yesterday in international markets. (I)