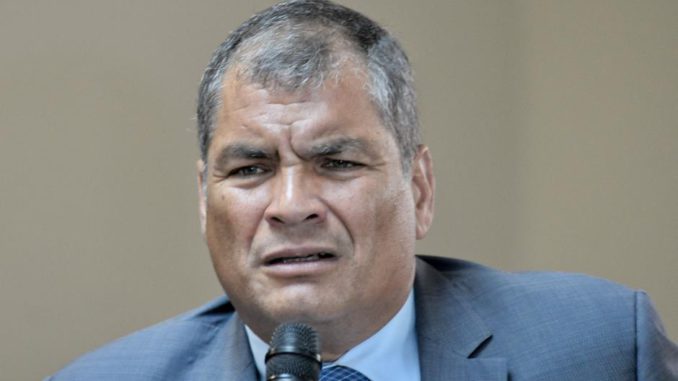 The special rapporteur for freedom of expression of the Inter-American Commission on Human Rights Catalina Botero, has said in an interview conducted by the Colombian network NTN24, that it is an act of cynicism that former president Rafael Correa goes to the agency to request precautionary measures.

Botero, laughing, recalled that the Former president attacked “with a sum of indescribable adjectives” against the IACHR during a general assembly of the OAS held in Bolivia, “which does not attend the presidents, but the foreign ministers; but Rafael Correa attended in an unusual act, because the presidents do not go to the general assemblies of the OAS. ”

That day for an hour and a half the former president attacked the Commission, according to the also constitutional lawyer.

“Rafael Correa initiated three years of brutal persecution of the IACHR and the special rapporteur for freedom of expression. We succeeded, it was very difficult, but the commission had to reform its regulations to reduce the scope of precautionary measures. Three years of war so that the commission did not have the faculties that it originally had to protect the people who were being persecuted, “he added.

“I already imagine that the first ones that will go to the Inter-American Human Rights system when there is a democratic transition in Venezuela are going to be all those bandits who today withdrew from the commission, from the American convention, who have tried to destroy the commission and the court, they’re going to be the first ones going to get there on their knees asking for their rights to be protected, “Botero added. (I)